Menu
Log in
Register
Navigation
Install the app
More options
Contact us
Close Menu
You are using an out of date browser. It may not display this or other websites correctly.
You should upgrade or use an alternative browser.

If anyone is following news from Ukraine...

Kyiv Post is an excellent publication for getting news directly from the country itself, instead of through outside commentators or intermediaries.

And also an excellent example of what I would consider reasonable adult maturity when I complain about the lack thereof in American politics and media.

Thanks for posting this

Krissa Lox said:
Kyiv Post is an excellent publication for getting news directly from the country itself, instead of through outside commentators or intermediaries.

And also an excellent example of what I would consider reasonable adult maturity when I complain about the lack thereof in American politics and media.
Click to expand...

I would note the Russia/Ukraine invasion dynamic is a little different than political parties. Putin is actively looking for any excuse to legitimize him taking things. Also when anything you say can be grounds for possible future imprisonment or execution what you say may tend to be a little more moderated. American politics isn't quite there yet (though Canada is getting ahead of us there but I digress). Same in regard to addressing foreign powers that you desperately need to help you, you might be frustrated with them, but you also don't want to risk offending them. Ukraine's been trying to walk the line of not joining NATO but leaving it a possibility to deter Russian invasion for a while now. I expect this to end with Ukraine either making concessions to Putin or Putin just invading. When Putin took parts of Georgia he just moved the army up bit by bit every day dragging it out and no one cared. He's not just a Bond villain he's shrewd and perfectly capable of biding his time. He knows Biden is weak from Afghanistan, that's clearly what started all of this, he only has to act before Biden loses power. While Putin may or may not invade he isn't walking away from this without something, that's not his character, and I don't see anyone willing to stop him.
Last edited: Feb 18, 2022

The invasion has begun. Don't know if it's being published by any major media outlets yet, but publicly confirmed now by Senator Marco Rubio:


https://twitter.com/i/web/status/1496667918490382343
If anyone here is a military or war historian, you might find https://twitter.com/Militarylandnet of interest to follow, but don't go there without a strong stomach or with children in the room, as no telling what might show up at this point since this is real war, not a game or movie.

EDIT: Two hours in -- this is horrible, this is inhuman... and I've seen and lived with the consequences of warfare for many years, and this is just so far beyond anything... ... ...

But God is still God, and no power of man is going to change that, but prayers would be good right now as both godless men and demons still have some power to cause great hurt as they lash out in anger over the things they can't control.

EDIT 2: Ok, I did feel like I should come back to post that one of the bots, Veronwwx this time, has returned here as of now (11:10pm Central), so might be a good idea to go through the members list to purge them to be on the safe side. As mentioned in my last post in the introductions thread, they follow a a consistent naming formula of some Slavic name + three random letters tacked on the end.
Last edited: Feb 23, 2022

I first heard about it in a discord server. Fox News is doing a good job covering it.

Aleron said:
I first heard about it in a discord server. Fox News is doing a good job covering it.
Click to expand...

I listen to Shapiro (ads can be skipped if you just look at the thumbnail and advance past the banner manually). He covers whatever is occurring, including Ukraine, not that I won't check Fox or any other place occasionally too.

Without getting into "are children tabula rasa?" it is a myth that non-biased adults, or by extension news organizations, exist so I listen to people who I know hold some basic values I agree with. People who claim to be non-biased I trust less because I know they are already wrong about one thing.
Last edited: Feb 25, 2022 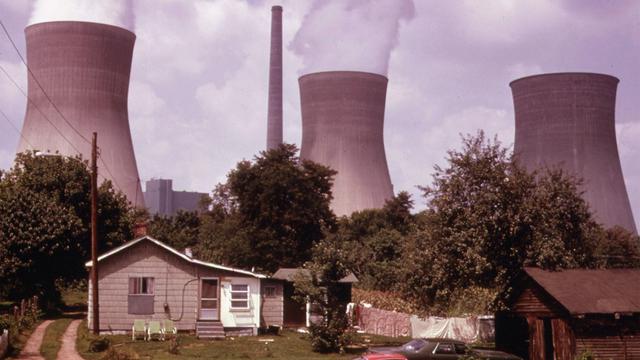 A Chat With Karl Denninger

Karl Denninger is back as our guest to discuss NATO,Fossil Fuels, and how geopolitics impact us at home. Check out his blog: https://market-ticker.org/